Winter weather to cause service delays

ORIGINAL POST: Winter weather is expected to cause delays for DART buses on Friday, Jan. 17. These delays are expected to impact the morning and evening commutes and last through Saturday, Jan. 18. With these delays, please keep in mind there are several technology tools and resources for you to use to track buses in real-time.

DART will update this page periodically with any major service delays. 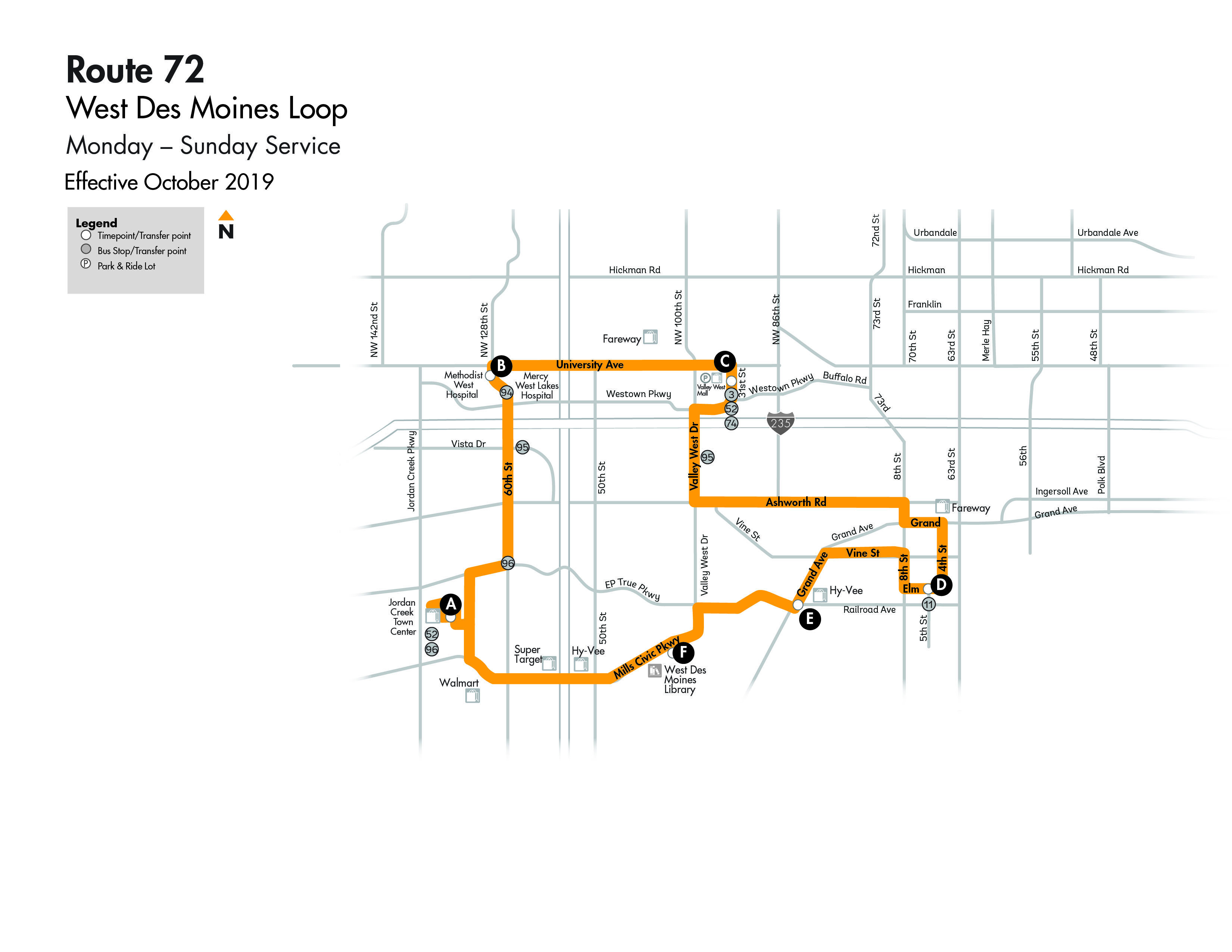 DART changed Route 74 from a Flex Route to a Local Route, discontinuing the flex zone. Upon hearing from riders, and analyzing passenger boardings for this route, DART discovered the majority of riders were not using the flex option on this route and were boarding at stops located along the existing fixed route. 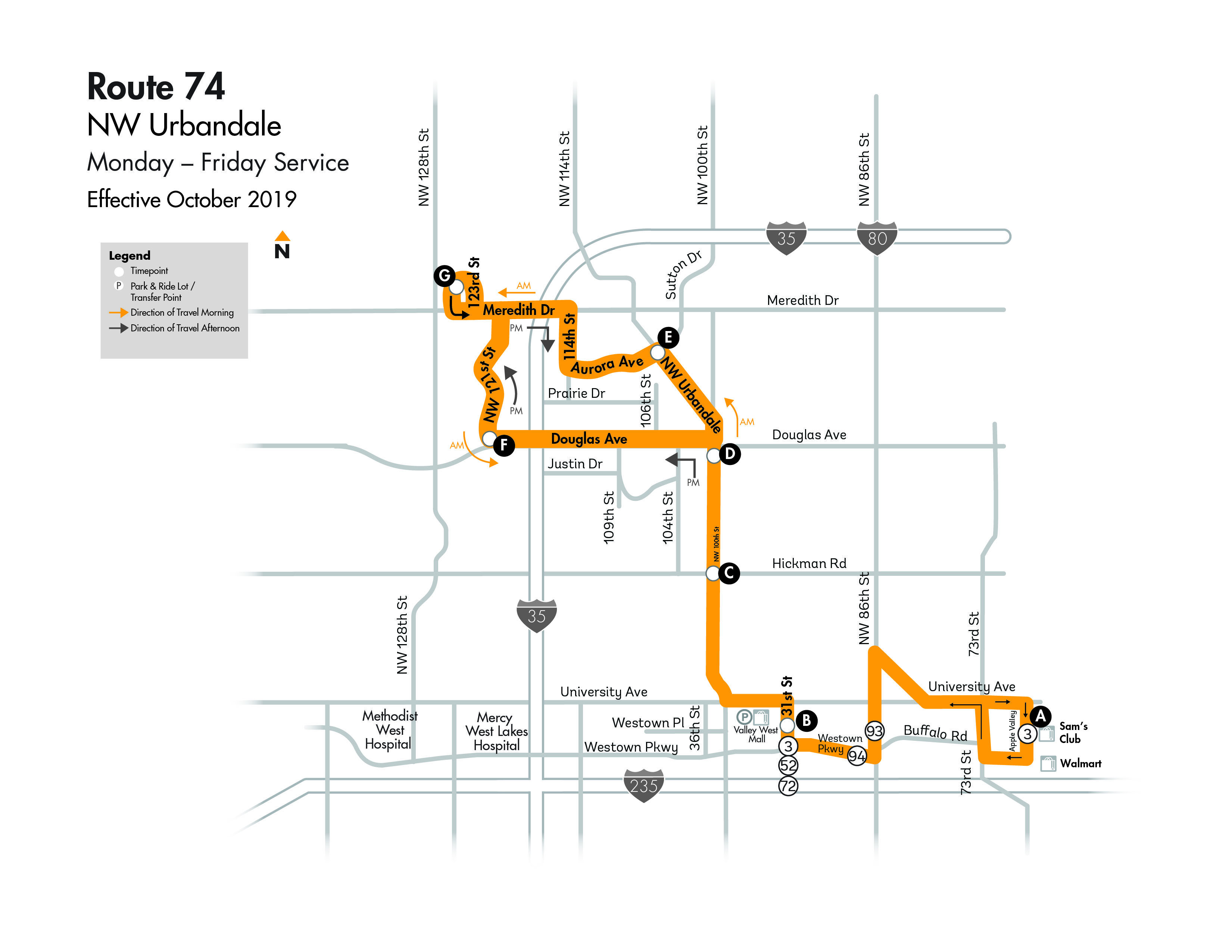 DART maintained the previous schedule and route, and added an extension to the Walmart in Windsor Heights via University Avenue to serve additional employers along that corridor.

DART combined some trips on this route that have ridership of five passengers or less. Under the new schedules the route has five afternoon trips, there were no changes to morning trips.

DART discontinued the Grimes/NW Johnston On Call and replaced it with an extension on Express Route 93 – NW 86th.

Previously, the On Call service transported riders from their homes and a Park & Ride lot at the Walmart in Grimes, to the end of Route 93 in Johnston. The service operated during peak commute hours in the mornings and evenings on weekdays. 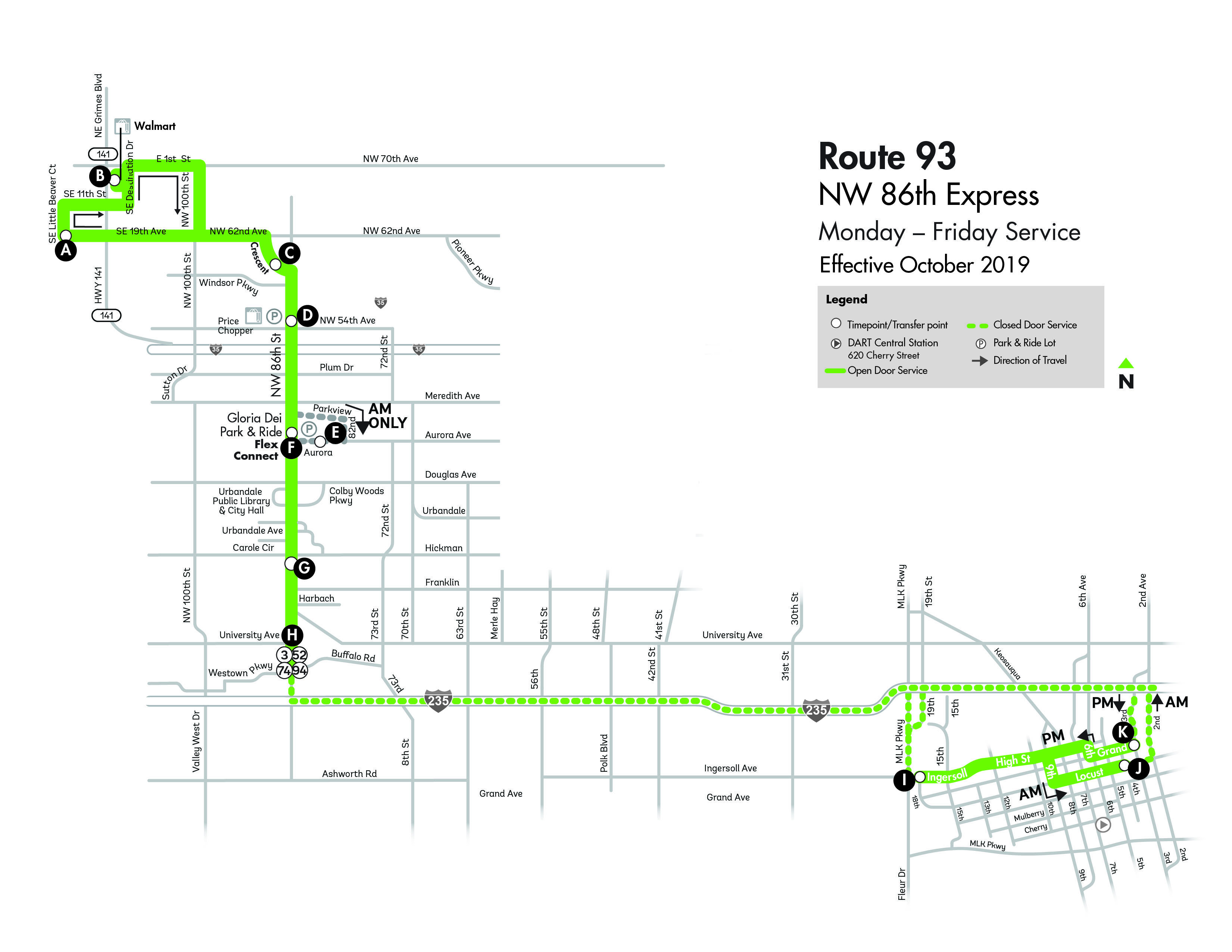 Under the new service plan, DART extended Express Route 93 to the Park & Ride lot at the Grimes Walmart and addresses located along SE 11th Street west of Highway 141. This change allowed riders in Grimes to have an option to travel to downtown Des Moines, without needing to transfer in Johnston.

DART updated the Route 93 schedule to accommodate the extension, consolidate trips with low ridership, and start service earlier in the afternoon. See the above link for the updated Route 93 schedule.