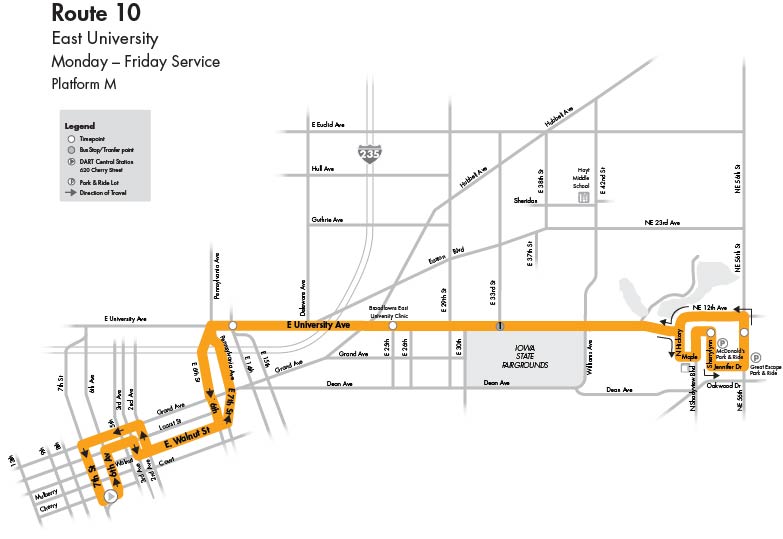 Connections: Local Route 1 and Local Route 4 at East 14th and East 15th Streets. Local Route 17 at University and Hubbell Avenues. All Express Routes and the D-Line Shuttle on Grand Avenue and Locust Street in downtown Des Moines. All Local and Crosstown Routes at DART Central Station.

To learn how to read DART schedules, click here.

If your route is interlined with another route, you enter DART Central Station on the platform of the new route you are going to.

Information found on this website can be provided in an alternative format upon request. Please contact Customer Service at 515-283-8100 to speak to a representative or email dart@ridedart.com. DART will do its best to provide the requested alternative format within a reasonable timeframe.
© Copyright 2021, DART - Des Moines Area Regional Transit Authority
Trip Planner
Next DART Bus